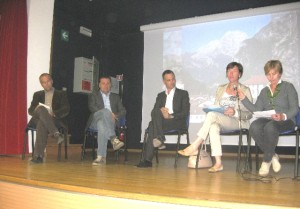 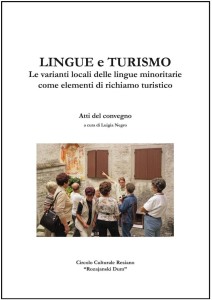 As we have attempted to show, the Canadian tourism industry in minority communities faces a range of issues to which particular attention was drawn in our interviews with businesspeople and community stakeholders working in tourism or with a particular interest in tourism.

Some of our recommendations, as you will have noticed, are of concern not only to federal players, but also to government stakeholders at the provincial and territorial level. Some also concern municipalities.

We believe that these recommendations will contribute to Industry Canada’s and the federal regional development agencies’ reflection on developing the tourist industry in minority communities as part of the follow-up on the Roadmap for Canada’s Linguistic Duality 2008–2013. However, because of the limitations described, we reiterate that research and consultation should be continued so that the issues that are common to all communities can be studied and solutions be proposed. Region-specific issues could also be explored in greater depth. 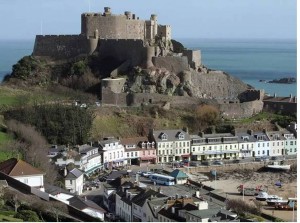 Tourists looking for sun and sea but keen for something extra from their holiday break can now help save an ancient language.

Four languages spoken on British territories feature on an new “endangered” list, with the numbers of people using them seriously dwindling. There are particular fears for the future of Jersey French and Guernsey French, which are marked as “severely endangered” on a list of 33 under-threat languages.

The at-risk list was compiled by the language expert Christopher Moseley at the UCL School of Slavonic and East European Studies and is based on data from the Unesco Languages in Danger project which was launched in 1993.

A new report, which highlights the threatened languages, believes “linguistic tourism” can help save them by stimulating greater interest in learning them and helping them survive, if not thrive. Naren Shaam, the chief executive of GoEuro, said the travel planning company wanted to promote a new “linguistic-based” ethical tourism “allowing people to choose to directly benefit regions in which centuries-old languages are on the cusp of extinction”.

Tony Scott Warren, the Jersey French language officer known as Offici du l’Jèrriais, said: “It is a worry. We’re making efforts to educate as many people as possible. It’s not surprising we are on the list. The numbers have been declining for a long time.” He estimates that about 1,000 native speakers remain. “We are looking to develop the range of what we’re doing to get more people involved,” he said.

While the Isle of Man’s Manx language and Cornish were categorised in the more severe “critically endangered” category, experts believe the future is brighter for both.

Dr Moseley said: “It was an uphill battle because Manx had reached the point where the last first-language speaker died in 1974. Since then they’ve been running classes and they have a school. Both that and Cornish are being revived in an organised way. Education is the most important thing.” He added that in the next decades there could be first-language Manx speakers born. “There has been an increasing move toward regional identity and against the homogenisation of Britain. I think that’s all to the good.”

Adrian Cain, the language officer for the Isle of Man, said: “The language situation is significantly better than 20 or 30 years ago. There’s always been a strong sense of identity and in the 1980s resources were put into supporting the language. There has long been a groundswell of support from the people. It’s great. It differentiates us and generates a positive feel.” He said officials from around the world backing other minority languages often visited to find out how the Isle of Man had revitalised Manx.

Dr Moseley identified 13 critically endangered languages and a further 20 that are severely endangered.

The most at risk is Livonian, from the Latvian region of Dundaga. Livonian is spoken in a medieval town with a population of just 1,682. The last first-language speaker of the language, Grizelda Kristina, who fled Latvia in 1944, died last year at the age of 103.

Other languages that face extinction include Ter Sami, the most easterly dialect spoken by Laplanders. Gottscheerisch, which originated in Slovenia, is still spoken by a small community in the Queens district of New York.